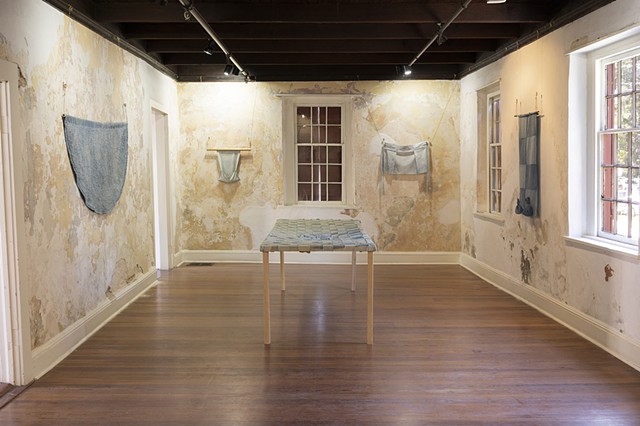 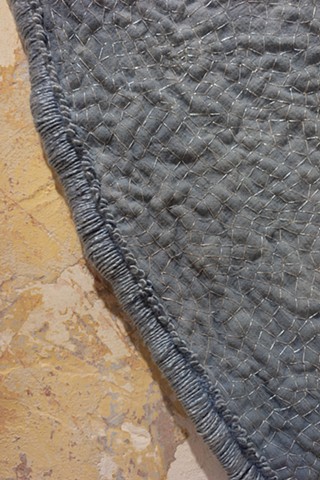 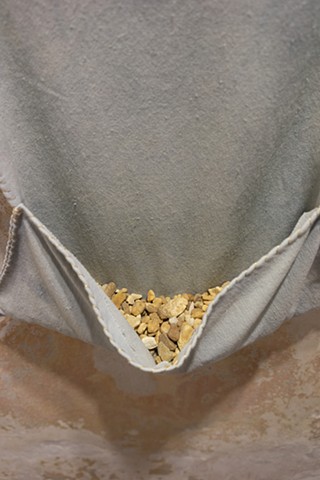 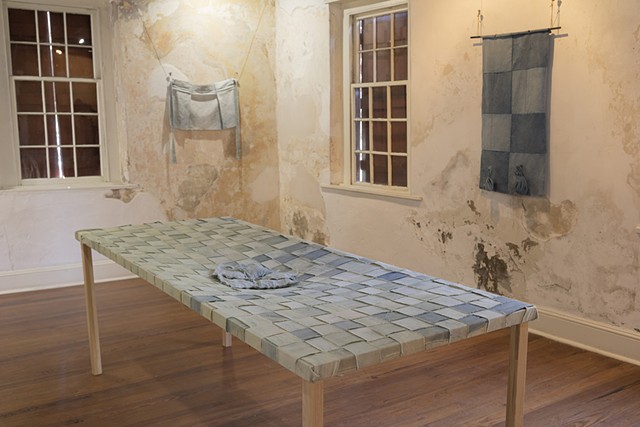 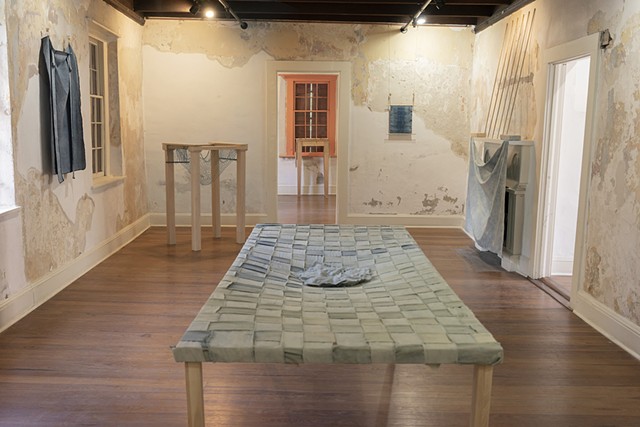 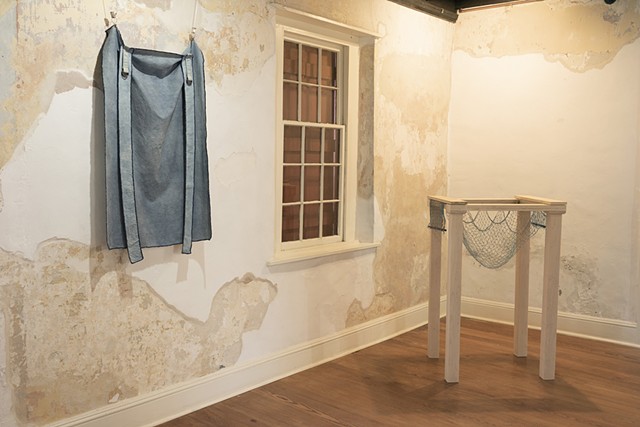 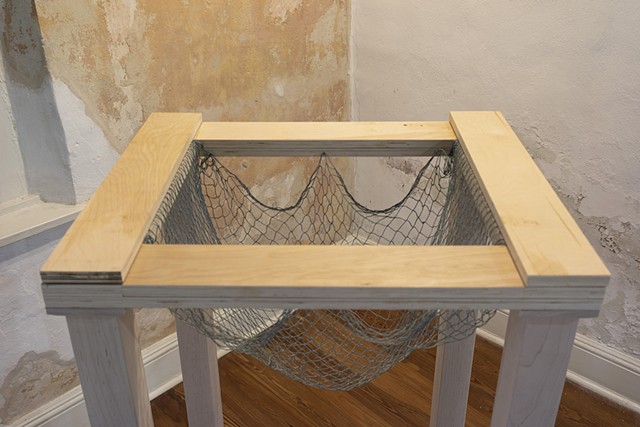 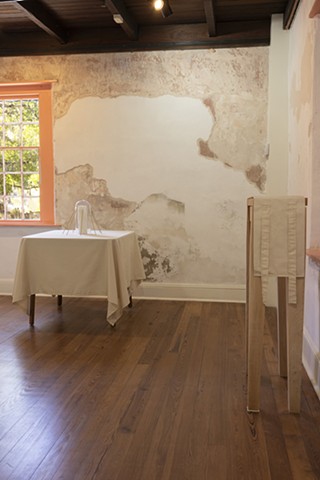 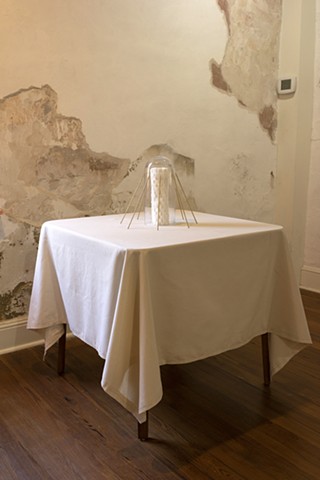 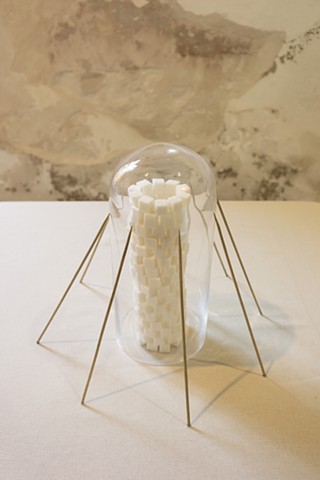 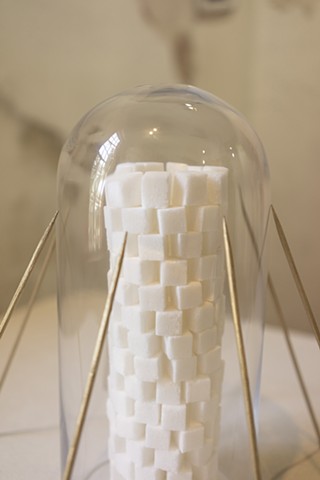 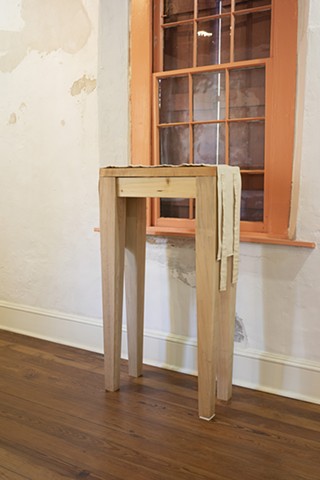 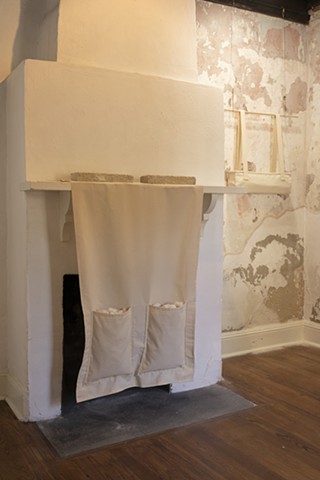 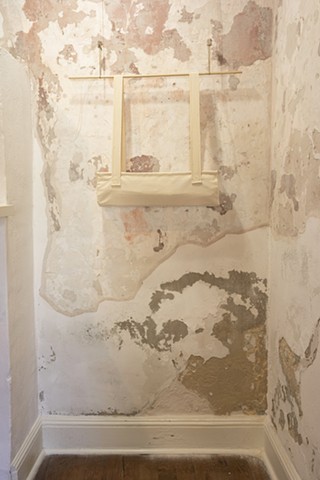 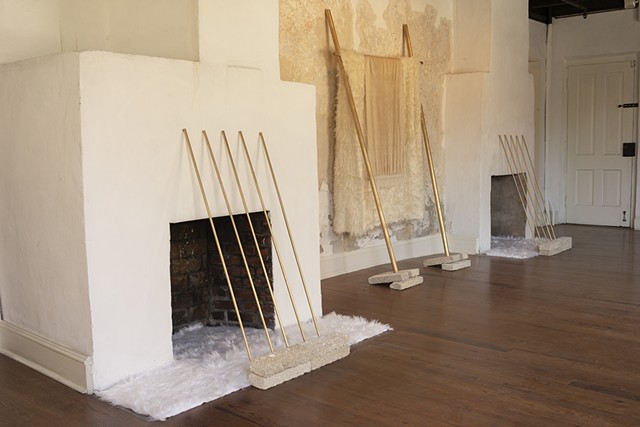 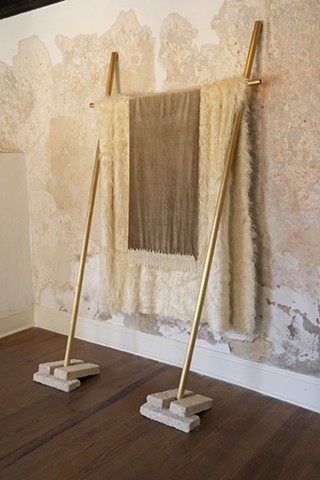 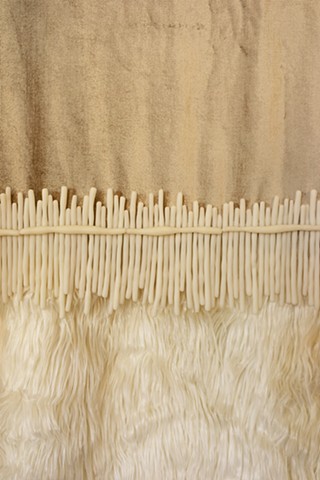 The work in this exhibition highlights the people who produced essential and desirable goods in northeast Florida during colonization. Crops such as indigo, sugar, cotton, citrus and rice occupied the northeast Florida landscape, bringing wealth to many through an elaborate system of oppression known as the Atlantic slave trade. During the English occupation of St. Augustine, Indigenous People were imprisoned at Fort Castillo San de Marcos, a structure that their ancestors were conscripted to build under the prior Spanish occupation. Need and desire for fur and hide in Europe led to exploited resources on the European continent, causing trappers to explore wildlife in North America. An extensive trade system between Indigenous People and colonists developed in the north, working its way to our current location in the southeast United States. These histories are significant to the culture of contemporary society. My intent is to raise awareness of enslaved, indentured and conscripted histories so we may recognize our place in the present, allowing us to practice citizenship and build a future of inclusivity.

I utilized the architecture of 18th century Tovar House to visually narrate these stories. The house serves as an overarching theme regarding the concept of home during colonization. The histories are categorized among three rooms. The fireplace (hearth), a symbol of home, plays a significant role in each room; to communicate imprisonment in one’s homeland (Fur Room), to recognize domestic slave labor (Cotton, Citrus, Sugar, Rice Room) and to represent those that were taken from their home and put on ships during the Atlantic slave trade (Indigo Room). Additional artworks merge ideas about furniture and machinery to acknowledge physical labor endured by the human body, call attention to the role garments play in hierarchal systems and to engage with the viewers own sense of desire through material culture and scent.

All work in the exhibit is hand stitched. Mike Usina, a descendant of the Menorcan culture whose people where indentured servants on an indigo plantation, taught me how to weave a Menorcan seine net. I dyed the net, and all other textiles in the exhibit, indigo.

This project funded by The Community Foundation for Northeast Florida.